“Dahu”: a tool for vineyard cultivation 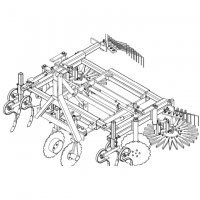 Since our first meeting with the winegrowers of St Joseph in the Ardèche (south east France) in August 2014, the project of designing a cultivation tool for work on sloping vineyards has moved forward considerably.

The request came from winegrowers cultivating on sloping who had get off their tractor after each pass in order to adjust their machinery. The idea was to design a tool able to work on two half rows of grapevines, which could adjusted without getting off the tractor. The name “Dahu” refers to an imaginary wild mountain animal with long back legs and shorter front legs, and was chosen because of the tool’s adjustable depth wheels.

The initial design put forward consisted of a fixed frame, with a 30cm sliding extension bar on either side of the frame, each carrying: 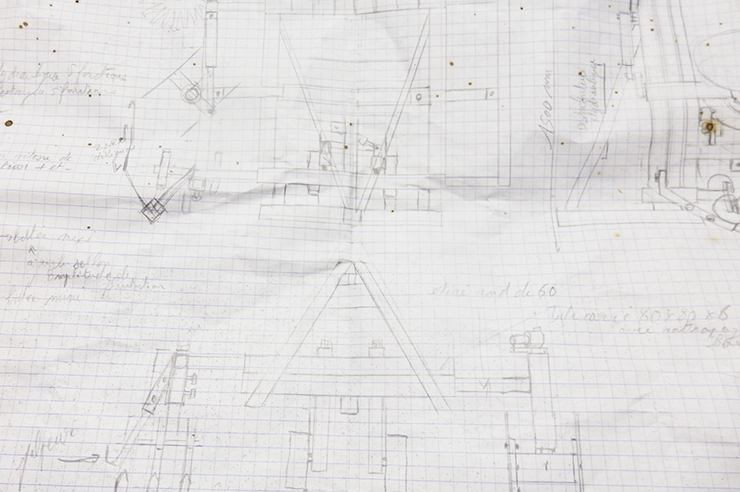 Summary of the CAD design so far: 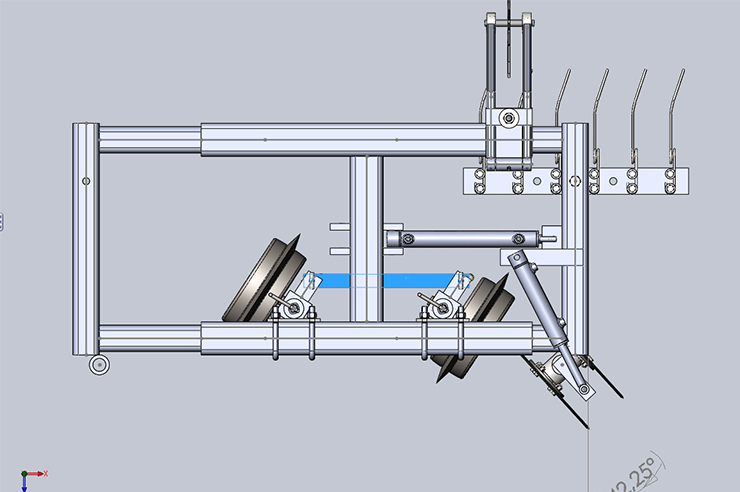 Notes on the tool: 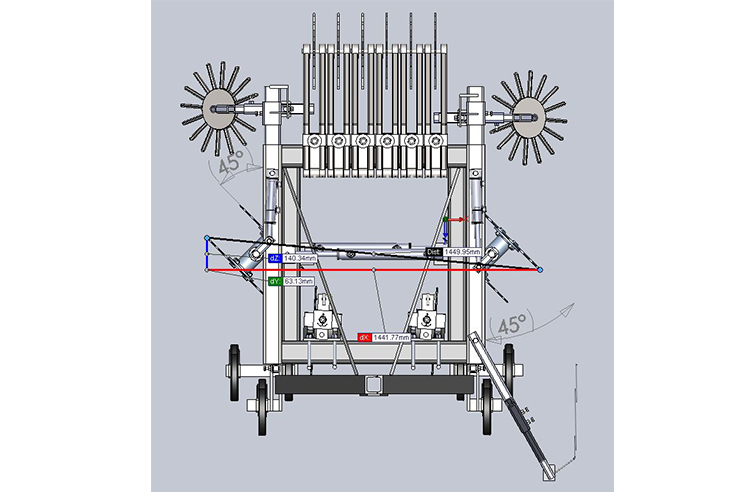 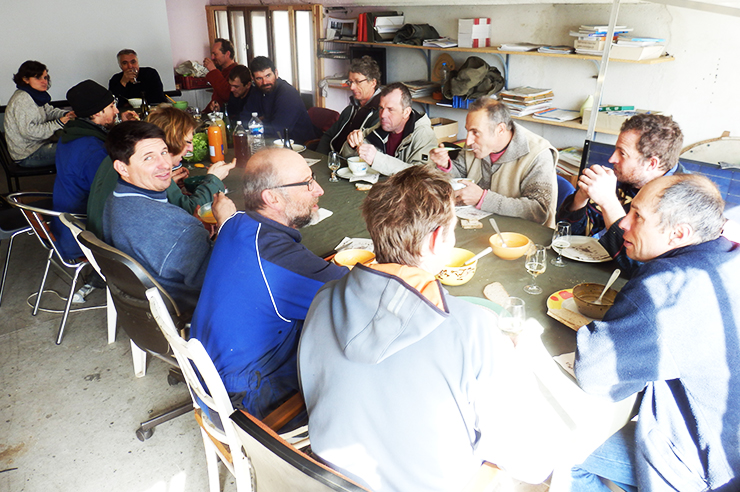 Feedback on the tool and improvements: 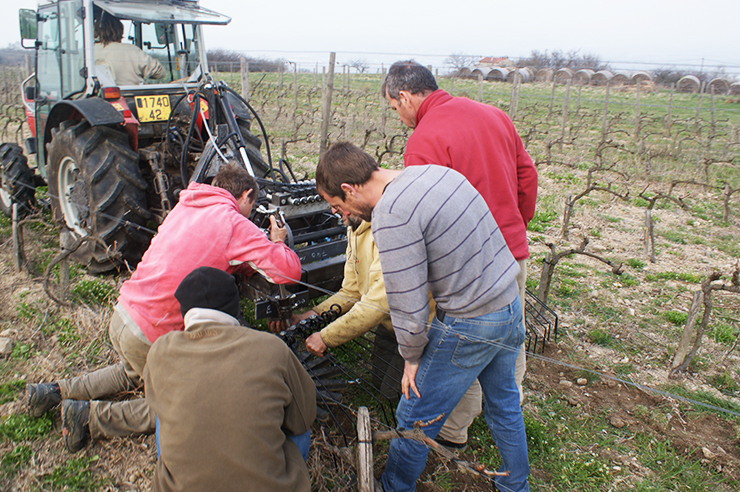 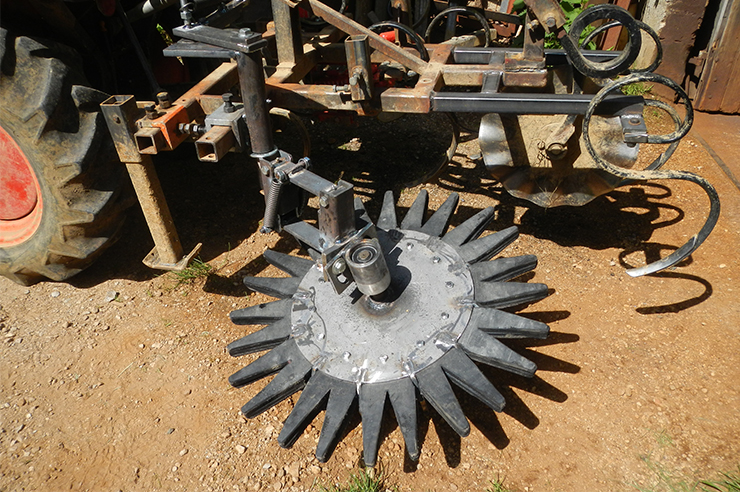 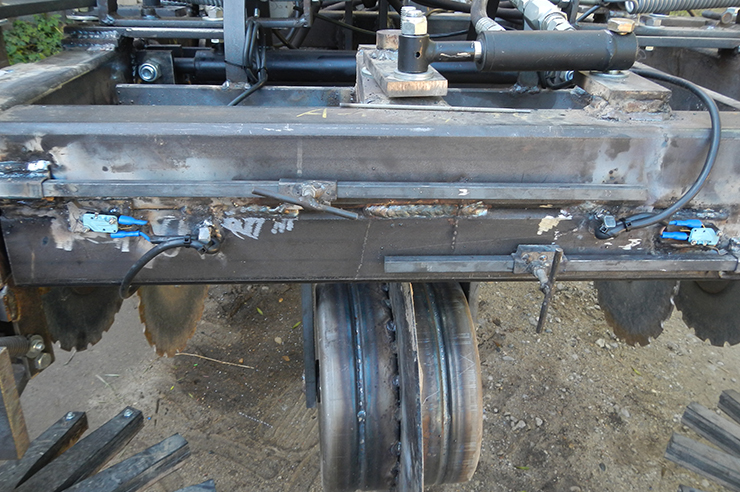 The tool is still in its testing phase, which is why we have not yet published the designs. If you want to follow the project, visit the forum: http://forum.latelierpaysan.org/viewtopic.php?f=171&t=3045

Technical drawings of the Dahu

Warning! The tool needs to be tested before its design is validated!