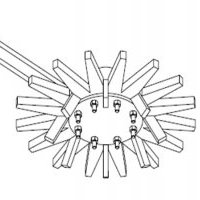 Consisting of semi-flexible star-shaped fingers which rotate around the plants and are usually mounted on legs which follow the micro-topography of the soil, star-shaped finger weeders are implements which have already been helping deal with grass control in rows of crops for decades, working very close to the plants.

Please note that this article is devoted to small diameter circular finger weeders, suitable for yearly crops. For perennials, you should have a look at this article. The principle saw the light of day in the 1950s in North America (the Buddingh weeder); it was subsequently taken up and commercialised by European firms who added their own modifications to the principle (Steketee, Kress by KULT). In line with the principles of l’Atelier Paysan, the versions which we show you here are of course made available under Creative Commons, as are the rest of our designs which can be reproduced according to self-build principles.

How does it work?

The star-shaped weeders are mounted in pairs for market-gardening, or perfumed, medicinal or aromatic plants (PPAM) – one unit on either side of the row; but they can also be used as single units or in conjunction with other cultivation implements (weeding between the rows, for example). The nature of the crops (annual or perennial) determines the choice of the size of the fingers, which are cut out of used quarry conveyor belts (to be used as a single or double layer depending on the size) giving these belts a new lease of life. Developed in the wider context of a participatory and open conception of tools for organic agriculture (market gardening, medicinal plants and vineyards in particlar as regards star-shaped weeders), these implements form part of a larger whole and contribute to the general debate about weed control. You will see here small diameter finger weeders, using one layer (to be contrasted with the set-up for perennial plants where two layers of quarry conveyor belt are used).

Our main resource material is re-used quarry conveyor belts. These belts are recycled and can be easily obtained for a nominal sum. The belts can be readily cut up using a band saw, but a good jig saw can also be used if it is on the fastest speed setting and is equipped with the appropriate blade (large teeth). The star-shaped weeders can also be made from other materials of comparable strength and suppleness. The articulated support is adjustable in every direction and can also be fitted with finger weeders widely available on the market.

The detailed plans show all the stages of construction of the units.

The star-shaped weeders can be mounted on a single beam, in front or behind the tractor, or combined with other tools. 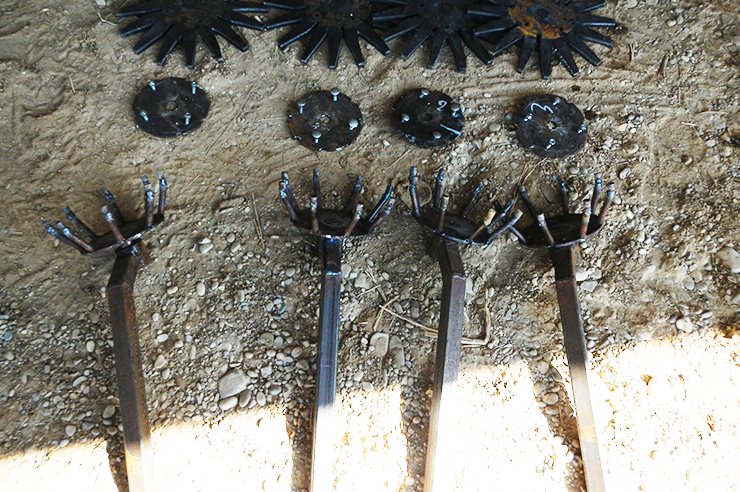 _ This photo shows an early prototype of the stars, which differs from the plans downloadable at the end of the article. 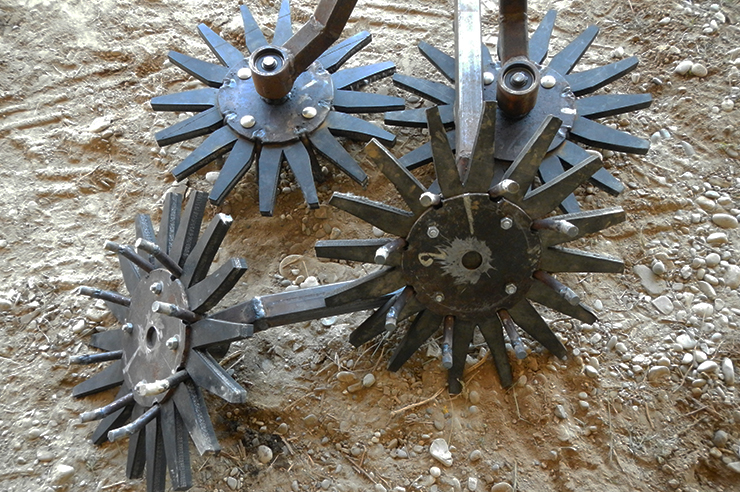 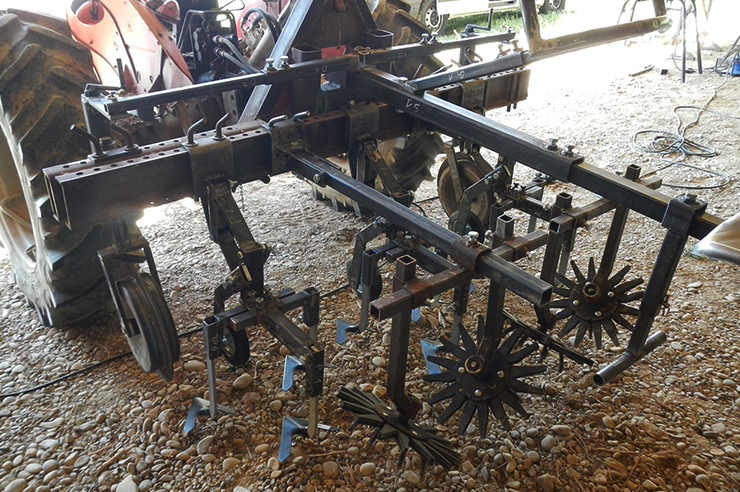 This photo shows the star-shaped finger weeders mounted on a tool bar ( barre porte-outils). This tool will be more thoroughly discussed later 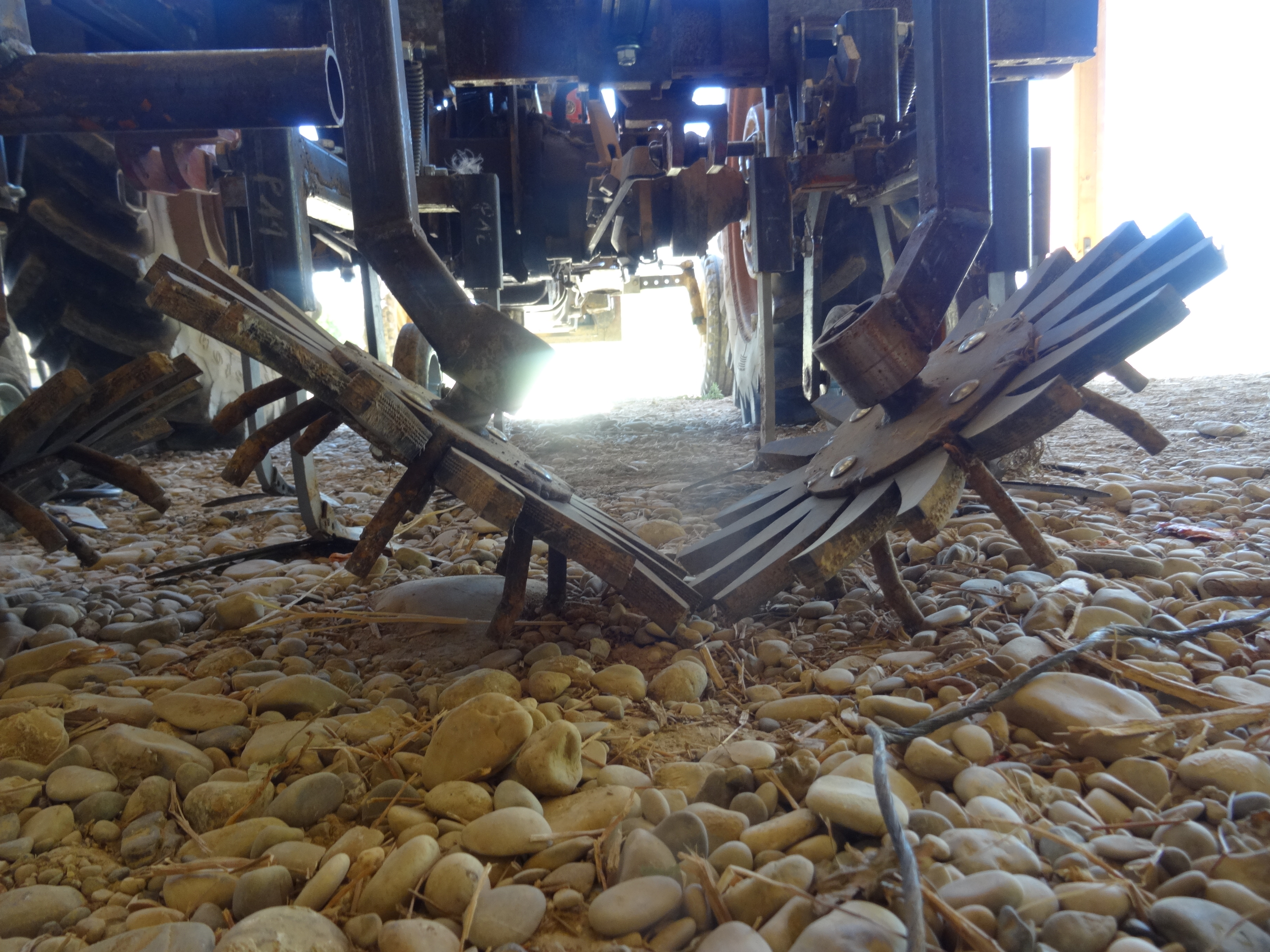 Seek inspiration! Machinery developed by a number of contributors are bound to lead to the emergence of further improvements, which will reinforce the common cause (Communs).

These workshops benefitted from the support of the Rhône-Alpes Region and the European Community.